A bidder can be a natural person who is over 18 years of age. Neither the bidder nor the person who bids on his or her behalf shall be the owner of the item; the bidder shall also not be a person under the influence of alcohol or drugs, a person that would grossly violate the rules of decent conduct during the auction process, or a person whose capacity to act has been limited or withdrawn by the court. The person acting as the actioneer also shall not bid. The auction house is entitled to check the identity of the bidders, before taking the bidding numbers or prior entering the auction house. The identification of the bidders shall be established through verification of a document that legally proves bidder´s identity. After the verification of the bidding number holder´s identity, a Bidding Number Holder Declaration shall be issued. This declaration is for the holder to properly collect and pay for his/her auction-bought works in terms of the auction procedure. The bidder can only be a person with the bidding number. A person may select a bidding number only after signing the Bidding Number Holder Declaration and making 20 EUR deposit (the deposit is returned when the bidder returns his or her bidding number or when the auction ends).

The auction is a public event. The auction room shall not be entered by persons under the influence of alcohol, drugs, or grossly infringing the rules of decent conduct. The auction house, in its sole discretion, has the right to refuse the entry of any person into its premises and into the auction house. The viewing of items included in the auction is arranged by the organizer through their website and organized exhibition of works prior to auction. During the exhibition and the auction, it is forbidden to privately sell, exhibit, or exchange any items between the visitors and without the approval of the auction house; it is forbidden to film or photograph the works auctioned in any way. During the exhibition and the auction, all visitors are required to comply with all measures taken to protect the exposed and auctioned works.

The auction takes place when bidders make a higher bid so that the bidder clearly raises the bidding number. With more of such increased offers, the auctioneer counts the increasing bids. The amount of the next higher bid is reserved to be set by the organizer depending on the nature of the item auctioned. The auction house reserves the right to make additional changes to the minimum of the increase of the bidding price.

The auction takes place without interruption and the auctioneer can include the lots not sold in the auction at any time again, but prior to the last regular item being sold at the latest. The successful bidder who bought the item shall personally pay the purchase price during the auction or afer the last auctioned lot; he can pay personally in cash. The lot which was not paid for shall be considered unsold. Before the auction, upon the agreement of the auction house, the bidder can be offered credit, which is conditioned by advance payment of 20% of the total amount for the work. The auction house is entitled to terminate the contract if the bidder delayed the payment of the total sum of the work, including the auction commission, for more than 10 calendar days. In this case, the 20% deposit is forfeited in favor of the auction house, as consideration for the cost of auctioned work and compendsation of lost profits.

7. Participation at the Auction based on the Power of Attorney (Absentee Bids)

The bidder may bid for any lot offered in the auction without his/her personal presence at an auction, after meeting the following conditions:

- he/she shall prepare the power of attorney document for the auction authority to represent him/her at the auction stating the auction date, address and the signature,

- he/she shall identify the works that the auction authority shall bid on his/her behalf for,

- he/she shall set the limit which shall the authority bid up to, separately for each item.

Power of attorney to represent a person at the auction shall be concluded no later than 24 hours prior to the auction. The contracting authority receives the power of attorney in confidence. It is not permissible to make conditions representing a success or failure of individual items or to determine alternatives in bidding. In exercising the full power, the representing authority shall proceed in order to get the most advantageous bid for the person represented e.g. the authority always makes only one increased bid against the offer of the highest bidders attending the auction in person. If the highest offer of bidders present at an auction meets the limit set by power of attorney, the auctioneer takes precedence of the offer of the personally present bidder, otherwise the lot will be assigned by the say-so to the represented person who sets higher limit, for the price increased by one increment than the highest bid at the auction. If there are two represented bidders and the highest bid does not reach the limit of any of them, the say-so will be assign the lot to the represented person who set a higher limit for the price of one increment higher than the lower limit of the other person. In case there are two identical representations of the limit, the say-so wiil go to the person whose limit was received by the auction house earlier for the price increased by one bid to the highest bid at the auction. If both power of attorney bidders come in the same day, the procedure shall be taken in alphabetical order. If the successful bidder is delayed in paying the full amount for such work auctioned for more than 14 days, the 20% deposit shall be forfeited in favor of the auction house as compensation for the cost for auctioning the works and lost profits.

The bidder is obliged to prove his/her serious interest and intention to participate in the auction, and bid for the offered item/s. He/she shall properly and timely pay for the item including the commission to Art Invest Gallery and take over the item. The bidder is also obliged to pay the auction principal of 1000 EUR / in words: one thousand euros / to the account number of Art Invest IBAN: SK 4102000000002517632851, SWIFT: SUBASKBX together with the Bidder registration.  In case of failure to pay for the items auctioned, for any reason or without giving any reason, this principal shall be taken by Art Invest as the contractual fine within 14 day period from the bidding. In case of his/her unsuccessful bidding for the item/s, the principal shall be returned to the bidder. The bidder expressly agrees with the unquestionable right of the Art Invest gallery to this contractual fine in the above amount. He/she proves his/her irrevocable consent by paying the principal of EUR 1.000 EUR to the Art Invest account. The above arrangement does not apply to the bidders who had duly paid for and took over at least one auctioned item in the past.

8. Participation in the Auction via the Phone (Telephone Bidding)

If anything prevents the telephone bidder from bidding by telephone and the bidder does not pick up the phone, the auction house shall, as its exceptional service, bid on behalf of the bidder up to the first price increase over the starting price and, if the lot is sold to the bidder, he/she becomes the successful buyer.

Auctioned items are primaryly old. All lots are auctioned regardless of defects and erroneous descriptions. Pictures in the catalogue are used only to identify the lots. The bidder gets familiar with the state of each lot prior the auction during the viewing and it is solely up to his/her consideration, whether it corresponds to the description. With the exception of the commitments following from these terms and conditions, no seller, the auction house or its employees are responsible for the erroneous description or identity or authenticity of any auctioned item and do not provide any warranty for the lots sold.

Any expressed or implied warranties are hereby excluded.

- the work in question is part of a set

Only a successful buyer can claim the lot up to the amount not exceeding the amount paid for this item. All data and statements in the auction catalog concerning the authorship, attributed qualities, authenticity, origin, date, age, provenance, condition, lowest starting price and the estimated final price express the opinion of the auction house only. To create this opinion, the auction house retains the right to consult any experts or official places and follow their statements. In such matters, any interested party must manage their own opinion, and neither the auction house nor its employees can be responsible for the correctness of this opinion.

Auction commission in post-auction sale is 25% of starting price of the artwork. 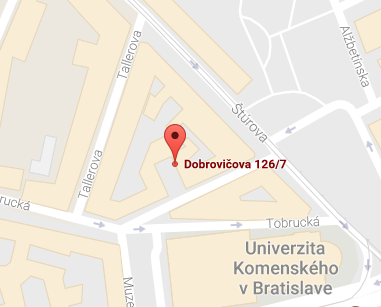